A Reddit sub forum (more commonly referred to as ‘subreddit’) has come under scanner for allowing photos (including intimate ones) of women being posted without consent. The development came to light after at least a couple of Irish women approached law enforcement over the matter.

According to a report from TheJournal, the forum contains photos of women from their social media accounts as well as pictures clicked in public as well as intimate environment. In addition, details like their name and addresses have also been posted.

A friend of mine recently told me about a Reddit thread which is Ireland/Dublin specific. She had found pictures from her Instagram/Facebook had been posted to it without her permission

Investigation done by the publication reveals commentary on these photographs which often includes explicit comments about the women’s body as well as requests for nude photographs of the lady in question.

One of the victim the publication got in touch with told them she had shared a picture with someone she was dating at that time as well as with her handful friends in a private WhatsApp group. She got to know about the same picture on Reddit through one of her friends.

I use Instagram a lot so I was annoyed but I wasn’t really surprised that someone could get the pictures. But when he sent me it, it was a photo I definitely had not put on Instagram. It wasn’t like, fully nude or anything like that, but it was a photo I didn’t want everyone to see

The report from the news publication says a law enforcement representative told a victim that not much can be done in this case as she is over 18, and suggested her to get in touch with the subreddit over the matter.

We haven’t named the subreddit for obvious reasons, but would like to highlight that the admin of that group posted the following message a few weeks ago: The moderator further said this decision has been taken to stay inline with Reddit’s site-wide rules.

The matter has sparked a debate on whether or not women should be more responsible in sharing their pictures with others as well as on social media platforms. Here are some of reader comments posted on TheJournal story.

If you are posting pictures of yourself in facebook or instagram, then people are going to put them up somewhere else. Where do you think the papers get pictures of people who are in court or have been convicted? they look up their facebook or twitter or instagram account and then print them in the said paper.

I dont agree with posting someones nudes online. That is just sick. But if you have non nude photos, just normal photos on social media, then people could put them somewhere else. That is what you sign up for. If you dont want someone to steal your pictures and put them up elsewhere, dont sign up to social media.

But such is the narcissistic culture nowdays, everyone has to be on facebook and getting “likes.”

So let me get this straight…there are young ladies who post pictures of themselves naked on the internet (off to a bad start right away!)…and they are upset that they are being distributed without their consent!? The internet…it’s the internet!!!! Where music makers, film and tv makers and copyright owners have had their intellectual property abused and passed around without permission for 15-plus years. The only piece of advice is if you don’t want pictures of you naked distributed without your permission, DON’T POST pictures of yourself naked on the internet, no matter what platform

if a woman chooses to send a picture to someone she thinks she can trust. Who then abuses that trust and passes that picture on, the only person to blame is the horrible person who betrays her trust! People can share whatever they want privately. The issue is those who then post those pictures on forums

This is not a simple subject. this is a case where several conflicting rights come into a very sharp contrast. The right to privacy vs the right to record in a public area, he right to ownership of an image vs the rights of the subject of that image, freedom of speech vs defamation etc. Like it or not the rights that allow a sc**bag to record an image of a person in a public place with a “Hur hur hur…I’d do dat” are exactly the same rights that allow us to record cops beating someone, or even just get some of the best photos in our papers. Legally at the moment an image belongs to the person who takes it rather than the subject of the image otherwise we would have no images that show any downside of anyone who could afford a court case. Another thing that needs consideration is the concept of “Victim Blaming”. We seem to have devolved into a situation where responsibility and blame are the same thing, they are not!. If I forget to lock my house when I go out and get robbed, the blame is squarely on the person who robbed me, but a large part of the responsibility is mine. We need to think very carefully about issues like this that create a visceral response and be aware of the baby in the bathwater .

Any person who has self-respect will not agree to these provocative types of photos. If my girlfriend wanted explicit photos of me, i would tell her no bloody way. If she persisted, i would break off with her. Lets say i did send her provocative photos. Can you imagine then if we broke up. She could then send the photos onto family, friends, work colleagues. It could damage my career

What’s your take on the matter? Share with us in the comments section below. 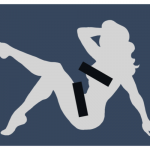