It was back in March 2017, when Facebook announced the roll out of a major feature. It was the ability to send/receive money through the Facebook Messenger service.

In case you aren’t aware, here’s how you send money using Facebook Messenger: Start a message with a friend -> Tap the $ icon and enter the amount you want to send -> Tap Pay in the top right and add your debit card to send money.

To receive, just open the conversation from your friend (note that you need to tap Add Card in the message and add your debit card if you’re accepting money for the first time). But you probably know all this, right? So what’s new?

Well, now it’s coming to light that some people are already seeing a ‘Send Money to Anyone’ option on the main Facebook social media platform. Here’s a screenshot shared by a user (click/tap to see full size): As you can see, the screenshot is from a desktop, meaning the feature is available on the Web app. The image also reveals money transfers are free, and and can only be done through debit cards as of now.

Currently, there’s no information on whether or not the Facebook mobile app has been updated to include this functionality.

This screenshot came courtesy of a Twitter user Leyla A., who was replying to someone who had said they noticed this feature a few days ago on their Facebook but it went away shortly thereafter. So, as it stands, some people have this feature and some not (including me). And for some, the feature was present for a brief period of time before being pulled. This indicates one thing: the ability perform payment transfers through Facebook is being tested by the company.

Does that mean we’ll be able to use this functionality soon? Well, we aren’t sure about it at the moment, but if Matt Navarra (ex Social Media Director at The Next Web) is correct, there’s definitely a new Facebook feature coming this month.

Facebook Rumour:
I’m hearing from multiple sources Facebook is about to launch a MAJOR new feature or product change.

Could be as soon as next week, but def before end of March.

What do you think it will be?

Let us know what you think about Facebook’s expansion plans of the send/receive money feature to its main platform. Use the comments section below to share your thoughts. 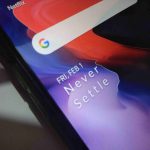