Gaurav Chaudhary, who is popularly known as Technical Guruji in the world of YouTube and Twitter, is a very well known name in India’s online smartphone community. In just over 3 years of his existence on these platforms, Gaurav has managed to gain millions of followers/subscribers.

Gaurav was present at the India launch event for these Galaxy M series phones, and was also on stage for unveiling and unboxing.

While one can understand brands courting influential personalities for product launches to gain more marketing mileage, Gaurav’s on stage presence at the Samsung M series phone launch has not gone down well with some.

It was Xiaomi’s global VP and India MD Manu Kumar Jain who started this debate on whether it’s correct for tech bloggers (vlogger in this case) to be on stage at product launches especially when your work involves reviews as well.

In a tweet, Manu also speculated a possibility of money exchanging hands in return of endorsement.

Ironical to see tech bloggers get up on stage at product launches, talking all great things about the product (maybe influenced by monetary payment). As a reviewer, users depend on you to be honest & open about any product. How can this be termed as ‘unbiased’ media?

Ironical to see tech bloggers get up on stage at product launches, talking all great things about the product (maybe influenced by monetary payment).

As a reviewer, users depend on you to be honest & open about any product.

How can this be termed as 'unbiased' media?

It’s worth mentioning that Manu’s tweet didn’t explicitly name Gaurav or the Technical Guruji channel, but the timing made it amply clear who was being referred to. Plus, the follow up tweets, especially from emerging leakster Ishan Agarwal made it clear the debate was about Technical Guruji.

Wow, Thats Great, Atleast Someone in the Company belives in Tech Youtubers Like Us. And yes this type of advertising is completely not acceptable.

So true,
I agree ,
He has changed 100% ,
Actually I'm beginning to hate him for misguiding his audiences by taking business partnership and money as his first preference.

You were completely biased and paid in samsung event and in recent m20 video
It seemed clear
Telling only good specs and not telling that many good alternative are there
Even selfie, processor are bad
You could have told all these things!
These are neither against nor for samsung

We reached out to Gaurav to know what they think about this ongoing debate, but haven’t received a response so far. We’ll update the story as and when he responds. Meanwhile, here are a couple of his recent tweets:

“If people are trying to bring you down it only means you stand above them.”

Do let us know what you think about tech influencers taking center stage at product launch events. Use the comments section to share your thoughts with us.

If you take a look at comments to this tweet, you’ll see Gaurav is being severely trolled, as almost everyone is seeing this test as an indirect reply to Xiaomi exec Manu Kumar Jain’s tweet we originally highlighted in this story.

Here are some of the replies (use translation service if you don’t understand Hindi):

Check out the complete thread by heading here.

In a video titled Redmi Note 7 Unboxing & First Look – “POWERFUL” Performance, “WEAK” Design, Technical Guruji channel owner Gaurav Chaudhary does a bend test on the device and breaks it by using his hands.

As you can see in the video below, the YouTuber says this was unexpected as Samsung’s marketing videos for the phone make it seem it’s very hard to break the phone. Take a look at the video and share with us your thoughts on what Gaurav says in the video:

Meanwhile, emerging leakster Ishan Agarwal has shared what he thinks about this video. In a tweet, Ishan notes:

Here are some other reactions:

Just realised I was not the first one to experience this.. https://t.co/5lWKj3WmWl video is coming soon.. #RedmiNote7RIP

Gaurav says he did a bend test on this device due to the claims Xiaomi made in their marketing videos. If any other brand will make such claims, he’s ready to do a similar test on their device as well. He then adds he’ll do more such tests on the Redmi Note 7.

Also I'm buying more Redmi Note 7 phones to do another test to make sure that it wasn't just my unit...Having said that, Redmi Note 7 is an amazing device with great specs but design isn't the strong point here.. 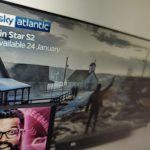