Popular video sharing site Dailymotion has been hit with a new cyber attack, prompting the company to reset passwords of impacted users. In a press release dated January 25, the company defined the breach as a “large scale computer attack” which was still ongoing at that time.

The attack, which was discovered by Dailymotion technical teams and is still ongoing, was successfully contained following the implementation of measures to limit its scope

Dailymotion says they have informed CNIL (French Data Protection Authority) about the attack, and are also getting in touch with impacted users over email. Offering details about the attack, here’s what the company said:

The attack consists in ‘guessing’ the passwords of some dailymotion accounts by automatically trying a large number of combinations, or by using passwords that have been previously stolen from web sites unrelated to dailymotion

Here’s the email Dailymotion has been sending to users who were impacted by this attack (via @Seblor571): 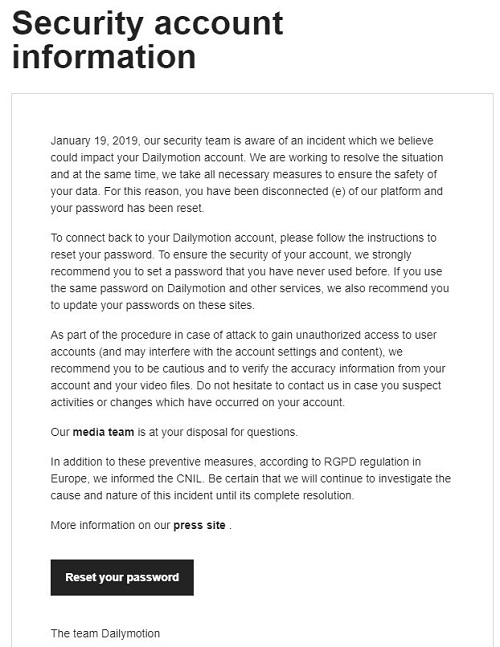 While Dailymotion hasn’t revealed the number of accounts that have been affected by this latest breach, this is not the first time the video sharing service has been attacked by cyber criminals.

A couple of years back, hackers managed to get information like usernames and email addresses of a whopping 85 million Dailymotion user accounts. In addition, the hack also resulted in around 18 million scrambled passwords being compromised.

The Paris, France based video sharing platform Dailymotion was launched back in 2005. It is now owned by media group Vivendi.

PS: We’ve reached out to Dailymotion to know more about this attack. The story will be updates as and when we hear back from the company or when there’s some other newsworthy stuff related to the matter. 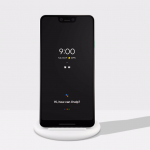 Google Pixel Stand charging slowly? Here's what all you need to know