OnePlus started their journey as the affordable “flagship killer”. Though they have moved towards more premium segment since then, their appeal towards developer community is not faded.

In case of OnePlus 5 and 5T, they provided the kernel source code on the same day of announcement. Only minor change in the pattern: OP6’s kernel source availability was announced in a similar way on the launch day, but they were actually available after a week.

OnePlus 6T is the half yearly refresh of OP6, thus they share many components in common. The relevant source code was made available less than 24 hours after the announcement, which is immensely helpful towards the modding community.

The modding community stumbles on this part. While the codes to handle that piece of hardware are available, the way the sensor differentiates a normal touch vs. a touch intended for unlocking the device is a proprietary mechanism and OnePlus haven’t published it yet.

There are rumours that developers have already found some ways to utilise the closed source components from OnePlus’s OxygenOS firmware. But those are not feasible solutions as it would create conflicts between the licensing terms, and may result in unwanted consequences.

Until OnePlus publishes a developer friendly solution (similar to their Dash Charge tech back in 2016), custom roms can not use the fingerprint (FoD) of 6T (example: here, here, here). Developers are trying hard to reverse engineer the current implementation and build an open source equivalent of the same, but it may require more time.

To understand the problem you have to understand how it works in the first place. The fingerprint sensor is actually working, so its not a blob issue. The issue(from what I am seeing at least) is that stock aosp source cannot differentiate between the fingerprint sensor touch vs the regular display touch. After digging through oneplus systemui you will notice that there is quite a few proprietary things in there pertaining to the touch system for fingerprint. All of which is missing from aosp source.

We currently have 2 options for getting FP working. Either OP releases the fingerprint source or someone reverse engineers the code from oneplus(like what was done with the slider).

Are you planning to switch to a custom rom on your shiny 6T? 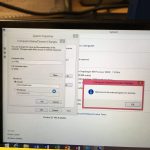 #DesktopOnLumia: A tale of community efforts to port Windows 10 on Lumia phones 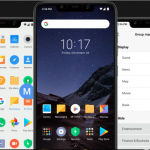