In terms of typing on smartphones, the choice differs drastically. The physical keyboard on the BlackBerry phones was my absolute favorite. I even tried out Nokia’s E series, specifically for the keyboard.

Then the era of Android began, but I did the transition with some delay. I was hoping for Sony Ericsson Xperia pro for the same affection towards physical keyboard, but ended up with Xperia neo V as the pro was out of stock for long.

These touch based keyboards were awful at first, but I got used to them (like everybody). Sony’s (Ericsson got separated that year) skin and little modifications did seem good, but eventually I started to use AOSP based roms, and thus AOSP keyboard. Then it came to Google Keyboard, and lastly Gboard. ⌨️

TBH, this is not the story about writer’s obsession with keyboards, but the little bugs introduced with the updates. Those who are enrolled to Gboard’s beta channel may have received the first beta on 7.9 branch few days ago, which on the other hand comes with a couple of unique bugs.

The exact version number is 7.9.1.228633897 (relevant APKs are already mirrored on APKMirror) which changes the layout of the English QWERTY keyboard and hides pair of important punctuation marks, like question mark (‘?’) and exclamation mark (‘!’).

A small percentage of users (besides myself) actually did notice the change, as reported on reddit and Play Store reviews (example: here, here).

Today, at a random point in time, I’ve noticed my characters moved/disappeared/changed on the keyboard in the symbols section, on the bottom row.

This is what I mean, this is how it looks now. Look at the bottom row.

This is how it was before, and how it is for everyone else…

This is extremely infuriating and annoying, as it is muscle memory that I press the symbols key, and hit the question mark in the corner, the asterisk before it, or the star in the left corner, the quotation marks after it, or any of the other characters really, all of them are muscle memory, and now they’re no longer even existing there.

In my case, the integrated GIF search button was inactive. Pressing the button didn’t show anything, even the tapping animation was absent. Integration with Bitmoji was broken too.

FWIW, a workaround does exist to get back those hidden symbols. Both of them can be accessed by long pressing the period (‘.’) key, but not many people know the trick. In fact, I needed to guide my frustrated dad to revert back to stable version for this fiasco.

A new beta update arrived yesterday with the version number 7.9.4.229702380 which apparently resolves the layout change issue and restores our beloved question mark and exclamation mark to their proper place.

We, at PiunikaWeb, have been able to downgrade and replicate the layout change bug, but the GIF search and Bitmoji integration now work normally on the older release. Probably that was server side A/B testing which Google does a lot.

Living on the bleeding edge has its own flavour, but we certainly don’t want some random person showing up on a date or similar showstopper bugs. 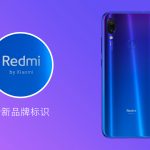 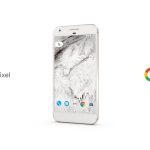