Netflix or Twitter not working on your phone with WiFi? Android Pie could be culprit Based on an aggregated list of user feedbacks and bug reports, Team PiunikaWeb has now reasons to believe there is a long standing bug out there that comes into play with Android Pie. Popular third party apps like Netflix, Amazon (including Prime Video) or Twitter are unable to use internet over Wi-Fi, particularly after updating the device to Pie.

While there are scattered reports over all around the web about such ‘vague’ errors, we have identified some fascinating as well as weird patterns among these reports:

The symptoms of ‘acting fussy’ part are quite similar – while other apps are working fine, apps like Netflix open normally but are unable to get the video contents (or display the feed, in case of Twitter). Switching to mobile data instantly fixes the issue though.

In some cases, temporary switching to cellular data and then back to Wi-Fi works for some time, but the issues remains at large. Users are fiddling with custom DNS services, connecting via VPN, modifying router settings, installing older version of the apps and countless other hack jobs, but no method is providing permanent and proper solution to the problem.

Even after more than 5 months after the release of Pie, only handful of devices are getting updates to it. No official words about platform distribution so far, but the truth is open in the wild. Thus locating the particular pattern of issues across different phones from divergent OEMs is little bit less gigantic effort than expected.

In fact, Google support already acknowledged about the existence of the bug , saying “This is known issue to Google.”. Similarly, there is a long running thread on the exact bug in Motorola One Power on the Lenovo/Motorola support forum and forum admins are aware of that.

Users of Mi A1 and Mi A2 Lite are also bugged with this particular symptom, while Nokia 6.1 & 7 Plus users are not behind as well. Even Pixel 3 and 3 XL user community is tracking the bug.

Readers are expected to notice the pattern of the bug themselves. It is widespread and mostly Qualcomm SoC based, stock Android running phones are the victims.

As every bug report contains the reference of using WiFi, we have tried to view it from another perspective and stumbled on another unique bug report and the proposed solution in OpenWrt’s forum. OpenWrt can be described as an equivalent of LineageOS for Android devices – an aftermarket open source distribution for routers.

The user started to face exact same issues with their Nokia 6.1 after Android Pie update. He solved it by enabling MSS clamping on the router. Leaving the networking related jargons aside, MSS clamping is way to resolve black hole connections. Quoting Wikipedia:

In networking, black holes refer to places in the network where incoming or outgoing traffic is silently discarded (or “dropped”), without informing the source that the data did not reach its intended recipient.

It on the other other hand relates to IP fragmentation where the data packets need to be divided into smaller chunks so that they can pass through the medium. While on most consumer routers, the equivalent setting can be found under the variable named ‘MTU’, it’s not technically correct but close to the idea.

Among the hacky workarounds, changing the default MTU size to a lower value and/or enabling MSS clamping resolved the bug for most of the users. Here are some proofs: Pixel 3 family (more examples here, here, here & here), Motorola One Power, Nokia 7 Plus and Mi A1.

There's something very wrong in the Pixel 3's network stack that makes it act like a little bitch regarding MTU sizes and fragmentation.

While we can’t present it as a universal solution to the root cause yet, at least we can mark it as a progress.

It may happen that there is a particular change in the network stack in Pie which is not playing well with the other components, cause we have observed similar issues with OxygenOS on OnePlus phones. Or is it the Amazon servers which doesn’t like fragmented packets, as suggested by a Pixel 3 owner here?

We are trying to communicate with the concerned entities and bring more updates on the matter. Stay tuned and do give us feedback using the comment section below. 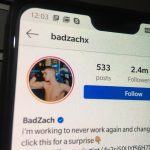