They used to have an official infrastructure to provide bootloader unlock codes as well, but the Chinese OEM changed its stance abruptly and phased it out completely couple of months ago.

There were strong community backslashes, even petitions, but now it seems that Honor India has recently started an initiative to provide bootloader unlock codes via their authorized service centers.

An unlocked bootloader is often a mandatory prerequisite for unleashing the true potential of the device – even if it’s not an Android device. The popularity of Huawei (and Honor) devices is steadily rising, and an unlockable bootloader is one of the prime reasons behind it.

Honor even started to sponsor XDA and started a developer program by collaborating with them. Huawei also open-sourced the APIs of the NPU (Neural Processing Unit) of their in-house Kirin SoC which is responsible for AI related features.

In late April of 2018, various users reported that the official bootloader unlock page was unreachable. After much confusions, Honor USA released an official statement regarding the issue and offered a Google Form as a temporary measure to mitigate the issue.

We're aware of the bootloader unlock page being down & apologize for the inconvenience it has caused. We have setup a form in the interim to request bootloader unlock codes. We thank you for your patience through all this. @xdadevelopers https://t.co/sF3JAtB3JL

Among rising amount of FUD, Huawei (and Honor) announced to completely block bootloader unlocking capability on May 24, effective after 60 days. The community became seriously upset, and moreover confused to see the reasons cited by Huawei for this 180 degree turn. XDA had to issue to a statement to clarify their stance and existing relations with Honor. While there was a short and limited revival of the unlocking facility, the window closed very fast.

Eventually third party services start to pop up, offering unlock keys for a lump sum. Long term collaborator of XDA, FunkyHuawei, is one of them and currently the most compatible one for newer models.

Among the turmoil, a probable silver lining is there. According to a recent conversation between Honor India and a twitterati, Honor India confirmed that they are providing bootloader unlock codes from their authorized service centers. They also mentioned it further that invoice with IMEI number mentioned on it and photo ID proof are mandatory to get the codes.

@HuaweiIndia I am a MI user, also a mi fan. Beta rom and custom rom flashing is my habbit. Now i want to buy honor 8x, which is pretty good in every aspect. So can you tell me that, can i unlock bootloader of honor devices hessel free and root as well?

Thank you for reaching out to us. We would like to inform you that we are providing bootloader unlock code from our authorized service centers.

Further, below documents required to get the service support regarding bootloader unlock code – Invoice with IMEI number mentioned on it and Photo Id Proof.

In a typical fashion, Honor Support India reps were clueless at first, but later responded properly to describe the protocol. A user from Guwahati, Assam posted feedback on the same XDA discussion thread about successful receiving of the unlock code via email after following the protocol.

Is this again a time limited trial, similar to the previous short-lived one? Will other regional entities of Huawei and Honor follow the same path? We at PiunikaWeb are closely monitoring the situation and will update you guys. 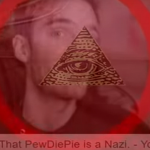