For over past couple of days, the massively popular game Destiny 2 players have been reporting issues finding other players while doing Blind Well. Within a short span, online discussion platform Reddit (1,2,3)and micro-blogging site Twitter got flooded with complaints.

Here’s how some of the users word the issue:

What’s good is that the rising number of complaints got Bungie into action and they started investigating the matter right away.

We are investigating reports of players being unable to match with other players in the Blind Well.

For information on this issue when it is available, players should monitor our Season of the Forge known issues list: https://t.co/dzRdIpJ4Ga

Soon after, they acknowledged the matchmaking bug within the Blind Well and suggested the players a workaround unless the developers fix up whatever’s causing the issue. Here’s the workaround:

As a workaround while we work on a fix, players are advised to enter the Blind Well slowly via the right side hallway while hugging the wall.

Following is the acknowledgement that came through Bungie’s official Twitter handle:

We have identified an issue with matchmaking within the Blind Well. As a workaround while we work on a fix, players are advised to enter the Blind Well slowly via the right side hallway while hugging the wall. Hopefully Bungie will take care of whatever’s causing the glitch soon. Rest assured, we’ll inform you as and when that occurs.

Coming to the fun part, in no time users came up with memes related to the suggested workaround. Take a looks at some of them: 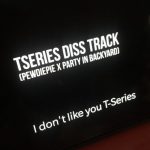