Good news for fans of Xiaomi’s Poco brand. The company has announced that they have sold over 700,000 Poco F1 phones in a time span of over 3 months. The news came courtesy of Manu Kumar Jain, who is Global VP and India MD at Xiaomi.

POCO means little in Spanish. Glad to see the POCO community has become so big globally in a matter of months. 🙏

This announcement is the final masterstroke of Poco’s #3MasterStrokes series. The first and second can be seen below.

This milestone achieves significance given that Poco F1 is the first device from the Poco brand, which was launched by Xiaomi earlier this year to counter the likes of OnePlus. The brand offers premium level specs at affordable rates.

Poco’s rivalry with OnePlus clearly came to fore when Xiaomi put billboards at the OnePlus 6T launch venue asking attendees to “do the math” when it comes to the pricing comparison between the 6T and Poco F1.

Like its competitors in the market, Poco F1 has also been marred with bugs and issues ever since its launch. We at PiunikaWeb covered several of these problems plaguing the Snapdragon 845 powered device time and over again. What’s however good is that the brand has been quick to resolve many of the issues.

One thing – we believe – that makes Poco stand out of the usual players in the smartphone market is the importance it gives to user interaction and feedback. Pocophone’s global head of product Jai Mani has been quite active on Twitter doing exactly this, and that’s partly the reason behind Poco’s increasing fan following. 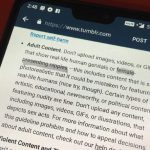