Nokia 7 Plus Pie update not yet available, say large number of users

Update (October 10): Going by comments on this story as well on Nokia forum and Reddit, it looks like the update has started hitting more devices. We will continue keeping track of the progress.

HMD Global kept their word and released the stable Android Pie update late last month, with the Nokia 7 Plus becoming the first Nokia device to get it.

Everybody wants a piece of the Pie! We are starting roll out of Android™ 9 on #Nokia7Plus. Which of its delicious new features is your favorite? 🍰 #Nokiamobile pic.twitter.com/whiZlZPLTP

It’s been close to a couple of weeks since this announcement, and what we’re seeing now is that a lot of Nokia 7 Plus users are complaining they haven’t received any OTA notification for the update yet.

Just to give you an idea on how grave the situation is, there’s a dedicated thread discussing this matter on the official Nokia forum, and that thread currently has more than 150 comments from affected users. See here.

There are multiple threads on Reddit as well. Take a look:

There seems to be a general consensus that only India has got the update so far, but that’s apparently not true, as some users from other markets – like Russia – have confirmed they’ve got the update as well.

Looking at the official Nokia website, you’ll see that only a single Nokia 7 Plus variant – one that has ‘about screen’ SW ID of 00WW_3_22C – has officially received the Pie update yet.

Click/tap to see in full size

This leads us to the question why hasn’t other variants received the Pie update yet? Around two weeks is a reasonable enough time for the update roll out to expand, but that doesn’t seem to be happening.

Here’s what a Nokia forum moderator said on this issue last week:

As it is stated in other topics and as our CPO mentioned in his tweet. The Android Pie update is a phased rollout, which means not everyone receives it on the same day. When you receive it depends on several factors. I know you all are waiting patiently but in the first rollout just 10% of the Nokia 7 plus have received the update. The rollout takes some time but you will receive it shortly

One of the complainants from Croatia, who reached out to Nokia support over this issue got the following response:

Thank you for writing to Nokia Mobile Care. We would like to inform you that at the moment Android 9 Pie upgrade is not fully released yet, at the moment it is rolling out to ensure the quality and stability

Whatever the reason, one thing is for sure, users aren’t feeling good about this delay, with some of them even saying HMD made the Pie roll out announcement in September just to keep their word.

Are you a Nokia 7 Plus user? Have you received the Android Pie update? Let us know your experience in comments below. 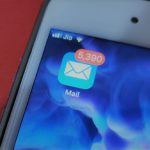