The matter has now been resolved. A Google employee recently shared

BeyondPod has updated their app on the Play Store, with a fix for the aforementioned bug.

Although you can download their updated app immediately, it will NOT necessarily show up in Android Auto right away. Your device also needs to “check in” with Google’s servers (not the Play Store) for a configuration update, and this process is somewhat unpredictable – it can happen in a matter of minutes for some people, or days for others. It definitely should not take longer than 1 week.

In a major development, Google has disabled BeyondPod – a popular podcast application – on Android Auto. Going by user complaints on both Google’s as well as BeyondPod’s official forum, the step was taken this past weekend.

Here’s how a user explained the problem:

As fo 8/4, I’m unable to see BeyondPod in Android Auto. It is not available as one of the media apps to select. It was there the day before. Neither BeyondPod or Android Auto has been recently upgraded. I’ve tried clearing caches, clearing data, uninstalling/reinstalling BeyondPod, to no avail.

It’s possibly unrelated, but now there’s a new media app option just called “Google” that doesn’t do anything. It’s menu is empty. I have no idea where it came from our what it does.

Within just a couple of days, a Community Specialist on official Android Auto forum offered an explanation for this, saying:

Users have reported significant bugs with the BeyondPod app in Android Auto. Our team has reached out to the BeyondPod developer, but until their bugs have been resolved, it has been removed from our list of supported apps. Please contact the developer for further support

Team BeyondPod was caught off guard, as clear from their initial response. It took a while (1,2,3) before both Google and BeyondPod finally got in touch with each other on the matter.

Our developers and the Google/Android Auto team are in contact and are working together to resolve the issue with BeyondPod being temporarily unavailable on AA. I will give another update when I have one for you

At around the same time, John (an Android Auto product manager at Google) offered more explanation on the matter:

First, I wanted to let everyone know that BeyondPod has responded to our emails, and we are actively engaged with their engineering team, who are currently investigating the issue. I’ve asked their forum moderator to inform/update the thread on their site accordingly.

Also, I wanted to let you know that we understand your frustration, but unfortunately in this rare case, disabling their application within Android Auto was appropriate and necessary. Users who attempted to use media apps other than BeyondPod were unable to do so reliably – we’d received multiple reports (and were able to confirm ourselves) that BP would regularly steal focus away from other media apps within Android Auto, making them effectively inoperable.

As soon as the BP team has a bugfix ready, we’ll test it, get it pushed to the Play Store, and re-enable them within Android Auto. Unfortunately, I do not have an estimate on how long their fix will take

So there you go. The ball is in BeyondPod’s court now, as they have to fix the bug(s). As of now, there’s no new update from them, so those of you who use BP on your Android Auto, waiting is currently the only option you have.

Of course, you can switch to any other podcast app that’s available on Android Auto. In case you make the switch, do let us know (in comments below) the app you choose. Oh and yes, rest assured as we’ll update this story with future developments as and when they happen. 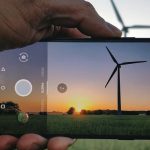 Is OnePlus planning to launch a new accessory?