This is our daily digest series, wherein we bring to you a curated list of top 10 technology news from around the world.

Software giant Microsoft has said there’s a need for government regulation of computer-assisted facial recognition, a technology that is being increasingly adopted by smartphone and social media companies, including Apple, Samsung, and Facebook.

In a detailed blog post, the company has raised serious questions by pointing out to scenarios or situations where-in the technology can be misused.

Imagine a government tracking everywhere you walked over the past month without your permission or knowledge. Imagine a database of everyone who attended a political rally that constitutes the very essence of free speech. Imagine the stores of a shopping mall using facial recognition to share information with each other about each shelf that you browse and product you buy, without asking you first. This has long been the stuff of science fiction and popular movies – like “Minority Report,” “Enemy of the State” and even “1984” – but now it’s on the verge of becoming possible.

Tesla Model 3 gets thumbs up after accident

Someone took to Reddit to detail what may well be the first major accident involving Tesla Model 3 sedan. The accident resulted in windshield and glass roof being shattered and even the the front wheel got sheared off. According to a witness, the car rolled “several times” before finally settling upside down.

I thought the car performed spectacularly from a safety standpoint. The driver seat airbags protected her during the roll including one underneath the steering wheel for her legs which I didn’t even know was there. As you can see from the photos the cabin was completely intact. The windshield and glass roof obviously shattered but they did not intrude into the cabin at all.

In this hybrid-EVTOL configuration it could carry four or five passengers at speeds up to 250mph for approximately 500 miles, would not require re-charging – as the battery is charged by the gas turbine – and would be able to utilize existing infrastructure such as heliports and airports

Here are some of the features EVTOL will offer:

The company says the concept could become reality by 2020. For more info, head here.

Soon, getting a gun would become a cake walk, at least in the United States. The US government has agreed to settle a case with a Texas citizen Cody Wilson, effectively allowing their organization Defense Distributed to distribute instruction manuals for guns over the internet.

Just to give you an idea of the gravity of the situation, starting August, anyone in the US with access to the Internet and a 3D printer will be able to print a real gun, including AR-15 (which has been used in several mass shootings across the US).

Wilson has been involved in legal fight with the government over this matter since 2012. What makes this latest development even more news-worthy is the fact that so far the government won the case in every court of law, but has now agreed to enter into a settlement.

For its part, the US State department has said the settlement was voluntary, adding “the court did not rule in favor of the plaintiffs in this case.”

More details on the matter here.

Yes, you heard it right. After Nokia, Microsoft could become another well known device manufacturer to embrace the Android platform.

Now, why nothing is confirmed yet, is because this information comes courtesy of a Microsoft support rep. And as you’ll likely agree, more often than not, support staff are ill-informed.

But given that Microsoft is already earning revenue from Android (although indirectly, through intellectual property claims and app offerings), the rumor might turn out to be true.

More info on the matter here.

A former Huawei employee has dragged the company to court in the US alleging that the Chinese giant asked him and two other company employees to fake their professional identities to attend a Facebook hosted TIP event which Huawei was not allowed to attend (but saw several of its competitors in attendance).

Jesse Hong – who was fired earlier this year after he asked for transfer to a different department in the company – has pressed multiple charges, including whistle-blower retaliation, racial discrimination, harassment and unfair competition, and is is seeking $105 million in damages.

For its part, Huawei has termed the allegation “completely groundless,” adding the company will defend itself vigorously in the court of law.

More information on the matter here.

So the word is already out that the new MacBook Pro keyboards are quieter. But iFixit took it upon themselves to learn what change Apple did to make this possible. And now they have published their initial observations.

Apple has cocooned their butterfly switches in a thin, silicone barrier

As per a new report, Apple is struggling to increase sales of its iPhones in India, which currently stands at number 3 spot in the list of largest smartphone markets. The report – which cites market research firm Counterpoint Research – says the company didn’t even manage to ship a million devices in Q1 this year.

Last year, the Cupertino-based company sold just over 3.2 million iPhones in the country of 1,320 million. The messy situation is also highlighted by the fact that several of Apple India’s top executives have left the company in recent times.

Police in Indian state of Karnataka recently arrested over two dozen people for being part of a mob that lynched a call center employee over child lifting rumors spread primarily through WhatsApp.

What’s worrisome is that this is not a one off incident involving WhatsApp in the country which is the service’s biggest market with 200 million users. Such rumors and fake news have led to many deaths in India so far – here’s a timeline.

While the situation has taken an ugly turn in the Asian country, there are other countries as well where fake news through WhatsApp has created a big problem (for example Brazil).

In what seems to be a move aimed at tackling the fake news problem, WhatsApp has now started explicitly labeling forwarded messages. We’ll have to wait and see what impact this new feature will have on the prevalent situation.

Yeah, what you are looking in that picture above is true. Price tag for same book varying so drastically. Why is this so? Is this a trap, and if yes, does any one falls into it? Does Amazon consider this strategy as legal? And finally, is this ethical? 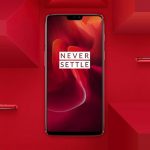 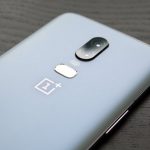 [Updated] Amid wait for OxygenOS update, OnePlus 6 gets another update in China