Since the arrival of OnePlus’ latest flagship device in the market, we have been actively bringing to light varied bugs and concerns troubling users of the device. Adding to the trail of broken functionalities, we have caught hold of a few more issues, some of which will be receiving fixes in the next update.

So, lets take a look at the problems one by one.

An issue that is being reported by multiple OnePlus 6 users for over a month across different help forums (1,2,3,4,5,6,7,8) is that the ‘Double tap to wake’ gesture doesn’t work smoothly. It’s often a hit and miss.

The problem is being reported for weeks now, and apparently hasn’t been fixed till date, as users continue to complain. Some of those affected say:

Is anyone else experiencing issues with the double tap to wake screen-off gesture not working consistently after a period of idle time? When I double tap when the screen has been off for some time, the phone will not wake as expected. Often it will take me a few more tries before it recognizes the taps.

Yes it happens with my phone too. everything else is fine though!! Also there is some battery backup time reduced after latest update.

Double tap to wake doesn’t work consistently. When the phone is asleep, it’s often a miss. I have pocket mode off.

Double tap to wake up doesn’t work like 5 out of 10 times.

Even we have been observing the inconsistent behavior of the feature on our unit, and at times have to tap the screen several times to bring it to life.

Though the company hasn’t said much about the issue, we hope they come up with some clarity, as the problem is being reported for quite long.

Moving on, now lets discuss the officially confirmed issues which will be fixed soon.

A couple of OnePlus 6 users recently pointed out that an incoming call following a Scheduled power on/off does not show the name of a saved contact (only number is displayed) and the ring tone also changes automatically.

Ring-tone of the phone changed. Even if the Contact is saved in the phone it does not show the name of the person calling.

We tested the reported glitch on our unit, and can confirm that the ringtone automatically changed for the first incoming call after a scheduled power on.

Also, the name of the caller did not show up despite being a saved contact.

It’s worth stressing that the change in ringtone only occurs when a non-default ringtone is set, and only for the first incoming call after a scheduled power off/on.

What’s appeasing is that someone from OnePlus Bug Hunter team addressed the matter saying the ringtone issue will be rectified in the upcoming update.

About Ring-tone bug, it will be fixed in next update, please pay attention to it and verify it by that time.

Alarms and Notifications are too loud

Another issue that got a quick acknowledgement from the same member of OnePlus Bug Hunter team is that the sound of alarms and notifications is very loud despite setting them to the minimum level.

They informed the complainants that the problem will be addressed with the incoming update.

Thanks a lot for your feedback. About this issue, it will be fixed in next update.

These may not be highly critical issues, but given OnePlus’ records of acting swiftly on problems, we hope the company will fix these minor annoyances sooner than later. Rest assured, we’ll keep you informed as and when that occurs. 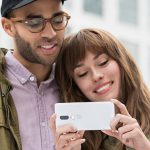