Six months on, Google Home issue with Spotify yet to be fixed

Google offers a lot of products, ranging from software to hardware devices. Now, since technology can never be bug-free, we see issues popping up every now and then. More often than not, the search giant acts quickly to fix the problems that come to light, but of course, there can be exceptions.

We’ve stumbled upon one such issue which has been dragging on for almost half a year now. It’s related to the company’s Home series of smart speakers, where-in complaints say Spotify streaming throws up intermittent audio dropouts.

So basically, what users are experiencing is proper sound cuts (or buffering like pauses). Here’s a link to a video that shows you how annoying the problem is.

The problem was first reported on official Google Home forum way back in early January this year, and a Google Product Expert Paula quickly confirmed the issue, saying Google knows about it and is working to fix it.

Thanks for all the feedback and details. We are aware of the issue and are currently working to resolve this issue. We appreciate your patience and I’ll report back once I have more.

~Paula and the Google Home team~

However, not days, not weeks, but SIX MONTHS have passed by, and there has been no response or update whatsoever by the company on the matter. If you take a look at the Google forum thread where the problem is being discussed, you’ll find reports from as recent as this week.

In fact, there’s a thread on Spotify’s own official forums about the problem (though it has been marked solved, you’ll see complaints are still pouring in).

Workarounds like ‘unlinking Spotify account and relinking (via the Home app)‘ has worked for some users, but in the long run these fixes turned out to be temporary as the problem came back to haunt users. I came across many reports where-in users confirmed Spotify streaming to other devices (like Alexa) works completely fine.

Many complainants were annoyed to limit that they say they have no option but to return their Google Home or Home Mini unit. It’s high time Google at least comes up with a statement of sorts explaining why the issue is there and what the company is doing to fix it. Silence isn’t helping the company in any way. Let’s hope the matter gets resolved soon. 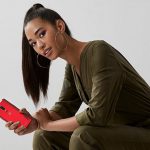 [Update: Fixed] A serious issue is plaguing Nokia 6.1 for over a month now