Update (September 11): There are still complaints from users that this problem is present on Pixel 2 devices even after the Android Pie update. See here.

The problem was caused as a side effect of a fix introduced in June SMR in order to fix cases of bright flashes before entering Always On Display for displays on certain (isolated) devices (this was actually pointed out in comment #44 of public bug). The fix will be reverted in July SMR to address the slow unlock regression. A proper fix for the original issue which won’t cause slow unlock side effect will be available on P release.

As soon as the June Android update got rolling, came to notice a screen wake-up glitch on Pixel 2 XL units, causing a lag of about 2-3 seconds while unlocking/waking up the device using fingerprint scanner/power button. Well, the problem just received an acknowledgement from Google this morning.

Google employee Ernest (who is also the Community Manager on Pixel User Community) confirmed Pixel 2 XL’s screen wake-up lag behavior on one of the official forum threads discussing the matter. They also added the problem will be fixed in the weeks to come (presumably with the next security update).

We are aware that some Pixel 2 XL users are experiencing occasional delays with wake ups. We have now identified a fix which will be rolling out in the coming weeks.

Meanwhile, they have suggested the following workaround, until the promised fix gets live:

In the meantime, the problem can be worked around by setting the Ambient Display to “always on” on your Pixel 2 XL.

Hopefully the screen wake-up lag will be gone soon, and we’ll surely let you know as and when that happens. So keep a tab on this space to catch hold of all related developments.

https://www.youtube.com/watch?v=E0SGP1Tmj_0
Stay connected with us on Twitter (@PiunikaWeb) to hear about all related developments as and when they occur 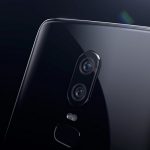