[Fixed] Instagram crashing on all Android phones, but there are workarounds

Update: The issue has been fixed.

Yesterday, there was an issue causing the Instagram app to crash on Android devices. We're sorry, and things are resolved! If you're still experiencing problems, try reinstalling or updating your app. 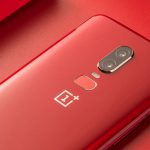