New update has arrived. Let us know in comments if it fixes the problem for you.

OnePlus recently acknowledged the problem, with someone from their bug hunters team saying the incoming update will fix what’s broken.

About this issue, it will be fixed in next update, please pay attention to it and verify it by that time.

The OnePlus 6 is a brand new flagship smartphone from Chinese manufacturer OnePlus. The device has just launched, and is available for purchase in key markets around the world. However, looks like the handset has had a bad start in Europe, where several users are reporting network connectivity issues.

Here’s how a user explained the problem on Twitter:

Hi. There is a major issue on the oneplus 6 with the country band selection menu. If you select Europe, the device is no more compatible with the 4G’s French frequencies.

The problem seems to affecting French users at the moment. A bug report has been officially submitted to the company in this regard. Looking at the comments there, users basically say the device doesn’t detect LTE/4G network for SIM in slot 1 (slot 2 is fine though).

At-least one user confirmed the problem popped up after the latest update, which was also the first update the device received since launch.

I am experimenting exactly the same problem, since I did the latest OTA upgrade.
Same carrier (Free Mobile) in France. Device cannot detect any LTE/4G networks (even with other carriers)

A member from the OnePlus Bug Hunter team shared the issue has been passed on to the development team.

The dev team is working on the log which has been forwarded. We will keep yo posted if there is any update. If we need more logs for further anaysis, we will contact you.

They also shared a work around, which unfortunately isn’t working for most users. FWIW, here’s the workaround:

1. Take out the SIM card
2. Insert a different operator’s SIM card, wait for network registration
3. When it’s done, then change back to the previous SIM card.
4. Reboot the phone

So you can give this one a try if the previous one doesn’t work for you.

Meanwhile, the company is already working on the problem (as also confirmed by OnePlus support on Twitter). Let’s hope they resolve it sooner than later. Rest assured, we’ll keep you updated on anything news-worthy related to this matter. 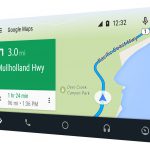