The call-related issues (call mute/drops and inability to record calls) plaguing Samsung Galaxy S9 have been bothering a very large number users across the globe for quite some time now. So it was about time that someone dragged the company to court – as we’ve already reported a few days ago, in Israel, Samsung Electronics and their regional importer Suny Cellular Communications Ltd. have been sued over these problems.

We didn’t have the petition details, but that changes now, as we are in possession of the official lawsuit document submitted in the court.

What’s shown above is just the first page of the actual document. As the petition consists of multiple pages with information originally written in Hebrew, we translated the entire document, and prepared a gist for our readers. Here is all the information you need to know:

Efforts made before filing petition

So all this started back in March when the plaintiff acquired (two) Samsung Galaxy S9 Plus units operating on the Cellcom network, and thereafter started observing difficulty in performing the most basic cellular operation – audio calls. Here’s how they word the problem in the petition:

The applicant has discovered that during cellular conversations, the user encounters alternating loss of hearing on the other side of the call for a few seconds at a time (usually between 5 and 10 seconds). In other cases, the fault is expressed in a fragmentary sound (which creates a feeling of distorted reception) that does not allow for an audio conversation at all, and requires the severance of the conversation and the creation of a renewed connection.

As most of us wold do in such a scenario, the complainant immediately contacted their network provider Cellcom to gain more insight regarding the call quality issues plaguing their S9 Plus units, and here’s what they were told:

Cellcom said that the problem did not belong to the cellular provider, but that it was a problem with the new software. Cellcom added and updated the defendant that, to the best of its knowledge, the defendants (Samsung and Sunny) are working on updating a version of the software on the device, which is supposed to solve the problem.

As the issue was related the basic phone functionality, the complainant also warned Samsung’s official importer in the region (Israel) that a class action suit will be filed if the problem is not cured with an update within 48 hours.

What Samsung did all this while

The plaintiff clearly maintains that Samsung acknowledged the problem multiple times during their series of conversations. In fact, they were told by the company that two updates (one after the other) were released to fix up the glitch. Sadly, both of them failed to resolve the issue, as confirmed by the complainants.

The following series of incidents included in the petition will give you more clarity:

In a telephone conversation dated April 2 initiated by defendant 2 following the plaintiff’s requests, it was claimed that she had released a software update that was supposed to solve the problem. Defendant 2 asked the Plaintiff to download the software update and install it on her device, and so did the Defendant.

However, even the software update did not solve the problem.

In a telephone conversation dated April 9, initiated by the Plaintiff, Defendant 2 was asked to clarify again the status of handling the malfunction. However, the second representative of Defendant 2 clarified that the company was working on updating another version of the device’s software, in the hope that this time the problems would be resolved.

On April 12, Defendant 2 released another version of the software on cellular phones. The plaintiff updated the two mobile devices in her possession, but this time, too, the software update served as a windscreen for the dead. Since then and until the date of filing this motion for the approval of a class action, there have been problems with the cellular devices in Einan.

As per the petition, the plaintiff did some investigation (no details on how that was done) to conclude the problem is not software related. It’s instead related to processors used in these devices that the investigation revealed are incompatible with cellular networks in Israel. Take a look at how they explained it:

The petition also brings to light another issue. It’s related to call recording, with the lawsuit saying Samsung excluded the ability to record calls from the Galaxy S9/S9+ without informing about this change at any stage when the devices were unveiled or being marketed.

Furthermore, the Plaintiff discovered that in the new devices, third-party software (such as the popular ACR application) can not be used to record audio calls. It was discovered that the use of recording software enables recording of the side that holds the cellular device only and does not allow recording of the other side. It should be emphasized that the software for recording calls is very popular software, which is used frequently by cellular phones much simpler than the devices we are discussing and other cellular devices marketed by the defendant. The defendant chose to start marketing the new devices without the possibility of recording calls without informing consumers about the omission of this function in the premium devices they purchased.

The petition says Samsung continued selling the defective units to new buyers despite being aware of the call-related issues, and couldn’t even offer a genuine fix in a reasonable time. That’s the reason the complainants decided to file a class action suit against both Samsung and Sunny.

Out of greed or at least negligence, Defendant 2 (Samsung) released a defective product while the Defendant 1 (Sunny) imported it To Israel, while presenting it as a quality product that stands at the forefront of technology. In this way, the defendants sold and sold the defective findings to thousands of innocent consumers.

The petition even opens up old wounds pointing out the Galaxy Note 7 fiasco.

It should be noted that this is not the first time that Defendant 2 has released a defective product to the market, whose health has not been thoroughly examined before it is sold to the consumer. In August 2016, Defendant 2 launched a Galaxy Note 7 cellular device which, shortly after its grandiose launch, turned out to be a colossal failure. Many devices of the same type began to ignite and explode, a serious fault that led Samsung to publish on 2 Sep 2016 Ricol and simultaneously began to market alternative devices. However, after the replacement devices were also set on fire, it was decided to shelve the advertised device and stop its sale and production.

The plaintiff estimates that from the date of the launch of the products in Israel until the date of submission of this application, 5,000 devices (about 2,000 of each type) were sold in Israel. The quantity of instruments multiplied by their price in the market (between NIS 3,200 and NIS 3,700 and an average of NIS 3,450), means that the total amount of the claim is NIS 17,250,000.

To conclude their petition they said:

The Honorable Court is requested to determine that all the members of the group, as defined in the decision to approve the claim as a class action, will be entitled to return the cellular phone and receive a full refund and compensate each member of the group for any day on which the instrument was in use.

While the court is yet to approve the petition, we are keeping a continuous tab on all related developments regarding the matter in question, and will update as and when anything news worthy comes up. 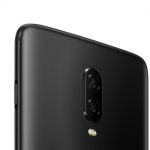